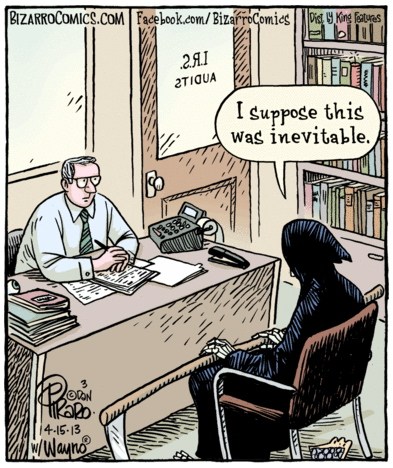 Next month sees a new chapter in my life because I start my new job. It has been an interesting experience since I have not tried to find a job for English speakers, since I suppose that would have likely involved teaching English, which doesn’t really do it for me. But I don’t want it to sound like I have been mega brave and tackled the German speaking job market, because that’s how I roll.

I’m fortunate to have an IT background and many IT jobs have a strong English speaking requirement, and this has undoubtably helped: I would not have been able to get a job in a local shop having to deal with the locals, not with my current level of German. So this job I have (IT product manager) can be performed in English, though it would be better if I could communicate in German and this shall be my aim. Having a job means earning money (Euros: I won’t start ranting about what Brexit has done to the pound) and earning money, of course, can mean only one thing: paying tax.

I don’t mind paying tax. I understand that it is a necessary evil in order to make society work, and ultimately, without society our lives become a lot harder. What I do mind is having that money wasted by idiots. I have always tried to organise my finances carefully. I have never got into debt apart from my mortgage (did you know that the word mortgage comes from the French for ‘death pact’?) and one very silly time where I took a loan on a car. This is not because I don’t want stuff. I’d love a Porsche, regular holidays to the Caymans, and all that stuff. But I haven’t been able to justify the expense so I have always tried to live within my means.

I expect a country to do the same, especially – especially – when it is my money being spent. Yet sadly the UK has typically been financially managed by morons, and yes, that pisses me off. It isn’t just Labour that has blown our finances: the tories are just as bad (just recently, Boris Johnson cowardly orchestrated a trip to Afghanistan rather than face a Commons vote he knew he’d lose, costing the tax payer well over £20,000 – that is £20, 000 of our money!). I don’t want to live through austerity (which means, of course, austerity for the ordinary person – not for politicians, of course), but at the same time if we as a nation cannot afford something then we can’t afford it. Borrowing money to pay for items today just means we need to pay it back with interest tomorrow, and the UK is currently paying almost a billion pounds a week in interest on the UK’s debt.

I have a feeling that the tax money I pay in Germany won’t be so profligately wasted as it is in the UK. It is just a feeling, and maybe I am wrong (in which case I’ll post about that too). But from what I have seen, the Germans wouldn’t put up with a Boris.

When I sat down with a personnel chap to discuss tax, He told me that I would be paying about 15% tax. Not bad, thought I, I figured it would be higher than that. He then went on to inform me that the following other taxes would also need to be paid:

Ouch! However, the company I work for is responsible for half these payments, so the liability on me is about 20%. Thus the total tax burden on me is around 35%, which is, of course, similar to the UK. The difference is that the money paid in Germany is compartmentalised. The pension payment really will go to the pension pot, and the same with health. In the UK, all the money goes into a single pot whence it is wasted. A case in point: Our road tax used to be used to fund the road network. That stopped many, many years ago and it became a government honey pot for a long time until they called it the VED, and even that is changing since zero emission car owners will soon have to pay too.

Now it might well be that the Germans are just as bad as the UK government for wasting money, and I simply haven’t been here long enough to know. But from what I have seen, there is a common sense attitude here that is absent in the Houses of Parliament. I may be wrong.

But for the moment, I’m inclined to give them the benefit of the doubt.

This entry was posted in Living in Germany and tagged Feelings, Money, Observations, Politics. Bookmark the permalink.
This site uses cookies: Find out more.