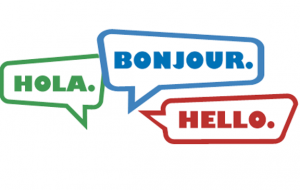 When I was at school, many moons ago, I studied French for one of my O Levels, and was awarded a grade B. Not bad at all for someone who simply wasn’t very good at languages and just didn’t enjoy them (I suspect the two are related).

Here’s the thing: this qualification did not mean I could move to France and live there, chatting to all and sundry about anything. It didn’t even mean I could have a reasonable conversation with anyone. It meant I knew a few basics. I could string some poorly pronounced words together. It seems little has changed for the better in that regard. The children of today seem to be taught how to pass their exams rather than to understand and properly learn the language.

Here in Germany it seems almost everyone can speak English, and when I ask them about this skill the response is usually, “Well, I learned it at school”. I work in an IT environment and so it is pretty much the norm for people to be able to speak a decent amount of English: it is, after all, the universal standard language of IT (sorry, France). But pretty much anyone in a public facing role can also speak decent English. I have seen this with train ticket sellers, bus drivers, and waitresses, to name but a few. Even in the local supermarket, on the tills, a chap started to speak to me in English (even though I initiated the conversation in German).

To be able to speak a second language is a wonderful skill to have. As I was growing up I simply didn’t have the maturity to understand this, and now I wish I had worked a little harder at learning a second language. But maybe it would have done no good anyway. I was not given the chance to learn German at school, yet it is Germany I have ended up living in. And of course, to really get to grips with a language you have to practise it, and there is no better way of practising a language than living in the country where you need to speak it.

Brexit is unlikely to make that any easier.

This entry was posted in Living in Germany and tagged Observations. Bookmark the permalink.
This site uses cookies: Find out more.