Apple versus your bank balance 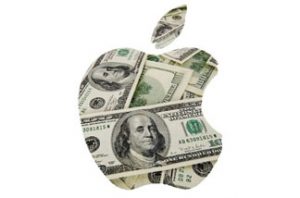 I have moved over to the Dark Side and am now pretty much completely Apple in my IT kit. When I bought the iPhone 5S a few years ago I was impressed by the camera, especially burst mode,  but unimpressed with almost everything else. Apple hardware and software has now caught up in most areas. There are some places where Apple lags behind Google (Siri is still a joke, and Apple Maps has some catching up to do) but there are also some areas where it excels (particularly around the integration of Apple services).

So I was particularly interested to watch their recent “More in the Making” unveil. I was hoping they would release new AirPods since I have heard great things about them from several people, but alas that was not to be. What they did release was almost more interesting from its omissions: still no Mac Pro, still no wireless charger, and no iPad mini (did I mention AirPods?). Is this because they really are striving for the “perfect” product and won’t release until properly ready? Given some of the shortcuts I have seen with their software recently, I doubt it. Maybe they don’t want everything available at the same time since people would still only buy a small few items and simply wouldn’t be able to afford all the goodies: their spending money would simply be spread over more things. If that is the case, then Apple’s spreading of releases makes a lot of financial sense.

What about the stuff they did release? Yes, all gorgeous devices, obviously. I am currently not sure how the MacBook Air differentiates itself from the MacBook. I personally can’t see the point in having both in the lineup. But the main think that struck me was the pricing. Apple seem to have gone for the “think of a large number and double it, and then add a bit more” school of thought when pricing their products. People will pay so they don’t really care, and of course if a particular line fails to sell in sufficient quantities, Apple can reduce the price a lot easier than increase it.

A top spec iPad Pro now costs £1,719 – more if you want cellular. I don’t think the term eye-watering does this justice. A top spec Mac mini now costs £3,859. Yes, you read that correctly, and don’t forget this does not include mouse or keyboard or screen. Obviously for that price you get a very decent spec, but you could build your own device for a great deal cheaper than this, slap Ubuntu on it and be away. You might not get the lovely Apple integration, but you would save an awful lot of money. [By coincidence, I installed Ubuntu on a VM just yesterday for a project I am working on, and found it has moved on a great deal in the 3 years since I last used it: it is very slick].

So yes, I do love my Apple gadgets, but I am not completely blinded by the brand and can still understand the stupid amounts of money they ask for their kit.

Perhaps I am not completely lost to the Dark Side …

This entry was posted in Technology and tagged Apple, Google, Mobile Phones, Technology. Bookmark the permalink.
This site uses cookies: Find out more.