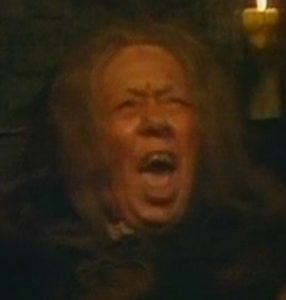 Back in the 1400s, people would often see the wisewoman rather than a doctor for their ailments. I am quite sure that most of the time, burying an apple in a graveyard at midnight was probably just as effective as a course of leeches (and likely less painful too). These days I am happy to report that doctors are on the whole trusted and respected. They are experts that we regularly trust the most important aspect of our lives with: our health. We have come along way.

But there are some experts who are currently out of favour in the UK (and other countries).

The problem is that this latter definition has been given to us by politicians who “own the microphone”, so to speak. I recently saw a debate on climate change where Prof Brian Cox had to refute the claims of Australian Senator Malcolm Roberts. Roberts started his career as a coal face miner (not a scientist) before becoming an engineer (also not a scientist). Cox needs no introduction. What is alarming is that someone who so obviously knows what he is talking about had to share screen time with someone who so obviously doesn’t, as if both arguments are valid and carry equal weight.

Another politician who denies climate change is, of course, Nigel Lawson, he with a degree in Philosophy, Politics and Economics. Again, he gets plenty of airtime to debate climate change, not because he knows what he is talking about and therefore should be listened to, but because he is a household name.

The people in the UK have been led to believe experts are the enemy because they sometimes get it wrong. And they have been led to believe this by politicians!  Of course, anyone can be wrong. Weather forecasters often get it wrong. Sometimes doctors do too. But we don’t consider them the enemy. We know that in general they are on a quest for the truth. Compare and contrast with a politician, who is typically self serving and very happy to lie to make a political point. Yet it is the politicians who have turned so many against experts.

If I want my house wired, I’ll consult an electrician. If I want to fly somewhere, I want a qualified pilot in the cockpit. If I want to understand climate change I shall speak to someone who has studied it and has the relevant background to be able to understand their studies. If I want the truth? I believe the days of consulting a politician to get the truth are long gone.

In the immortal words of Blackadder:

Maybe we haven’t come such a long way after all.

This entry was posted in Commentary and tagged Observations, Politics. Bookmark the permalink.
This site uses cookies: Find out more.